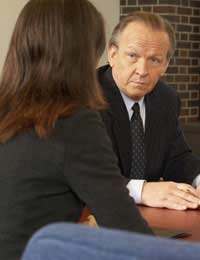 If a person’s debts have come to the point where they are beyond manageable and are classed as insolvent there is a still a way to avoid bankruptcy. An individual voluntary arrangement (IVA) is a legally binding agreement between a debtor and his or her creditors. By using an IVA the debtor will have more financial options available than by using the bankruptcy process.

The Purpose of an IVA

By using an individual voluntary arrangement the debtor can avoid a great number of the financial restrictions that come with bankruptcy. If the debtor has a business then unlike bankruptcy, he or she can continue trading. An IVA is often used by business owners who wish to maintain the survival of their business if it looks to be a profitable concern in future.

An IVA is also useful for people who have property and do not wish to loose this property, which they may do under bankruptcy rules. Most people who consider using an IVA are facing bankruptcy and can either see the process as a fresh start or a last resort.

The debtor must employ a nominee, who is a Licensed Insolvency Practitioner who will then preside over, and carry out the IVA. Once the nominee has all financial information from the debtor, a proposal will be drawn up and submitted to the courts and then the debtor’s creditors.

If the proposal is accepted then an interim order will be granted by the courts. The purpose of this order is to stop creditors from taking any action against the debtor until a meeting of nominee, creditors, and the debtor has been held. This meeting will be held in order that the creditors may decide whether or not the debtor’s proposal is viable and acceptable.

The creditor’s meeting will be held 14 days after they have received financial information, the debtor’s proposal, a list of the debtor’s assets, and a form for proxy voting. By accepting an IVA, creditor’s can usually expect to receive a greater return of their money than would be expected if the debtor proceeded with bankruptcy. If the proposal is accepted then it is the nominee’s duty to ensure that the debtor adheres to the terms of the IVA and to ensure that the creditors are paid.

Advantages of an IVA

For both creditors and the debtor there are many advantages of an individual voluntary arrangement compared to bankruptcy. The fees and administration of an IVA are considerably lower than that of bankruptcy and so creditors can expect a higher proportion of their money. Other advantages for the debtor will include:

Disadvantages of an IVA

The debtor can still loose their property and assets if they have not made this exemption in the proposal. Individual voluntary arrangements usually take longer to complete than bankruptcies; around five years is the normal time frame. Unlike bankruptcy cases the nominee does not have the right to fully investigate the debtor’s information and there may be hidden assets that have not been disclosed.

An individual voluntary arrangement is a better option that bankruptcy especially if the debtor has a business and wishes to continue trading. As with any legal procedure of this kind, expert financial advice from a reputable advisor is vital in order to make a suitable decision as whether an IVA is an option.