Home > Reasons For Debt > Why Being Single Means More Debt 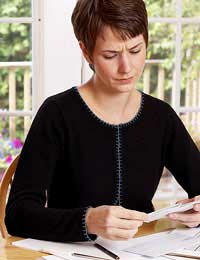 Whether you are single by choice or simply haven’t found the perfect partner yet there is one thing many singles have in common, financial burdens. Many couples view their single friends as having a huge amount of disposable income ready to spend whenever they wish. But for singles who are paying rent or a mortgage this isn’t usually the case. A single person trying to find a 10% deposit for a mortgage is at a greater disadvantage than a couple who can split the cost. There is also the fact that two can pay the rent much easier than one, and this is true when it comes to housing costs.

Household Expenses and the Single Person

Singles are also losing out when it comes to paying household expenses. The UK council tax does come with a 25% discount for single people but to many this is less than fair and does work out less expensive for couples. Electricity and gas bills can all be split when it comes to couples but singles will pay the full financial cost on their own. Single people often live beyond their means as there is only one income coming into the home. Two wage earners in the home means more spending power with the ability to split the bills down the middle.

Holidays Can Be More Expensive For Singles than Couples

Look in any travel agents window and there are always great deals advertised. Look a little further down the advertisement and see the words, “price is based on two sharing.” Holidays can be much more expensive for singles thanks to the single supplement payments. Holidays are geared towards couples or those sharing, and double rooms are the norm; single rooms will usually cost extra. For most singles this simply means putting up with the extra expense or limiting the amount of holidays per year.

When it comes to supermarket shopping it would seem singles would require less food so less expense. But most couples buy in bulk and save money. Singles don’t usually buy in bulk because if they did the food would reach its expiry date before they could eat it. Consider the ready meals that are always on offer; usually they are set meals designed for two, not one. A recent survey by the website uSwitch found that singles will spend an extra quarter of million pounds more than couples over their lifetime. Household expenses, housing costs and holiday expenses are among the reasons why singles spend more than couples.

With all of the extra expense that comes with being single it is no surprise that singles rack up debts. Single people are more likely to have higher debts simply to have a better standard of living. It’s no surprise that couples who split costs can live in a nicer standard of accommodation. With the rising housing costs singles either have to stick with the cramped student like accommodation or shell out the extra expense. Less income coming into the singles household also means increased spending on credit cards to simply make ends meet.

Single people are more likely to seek out debt solutions than couples if they have unmanageable debts. Couples with two wages can usually find a way to manage their debts without the use of professional help. Couples also have more disposable income, which means they are less likely to have long-term credit debts. Single people with less income are more likely only to make minimum repayments and have debts that are likely to last for years if not decades. Unless singles have an income to match the salaries of couples it looks like couples have the best deal when it comes to being financially better off.

Couples will of course say that all bets are off when it comes to the disposable income comparisons when children enter into the picture. But when it comes to couples without children versus single expenses and income it does seem that there are financial benefits to living with a partner or spouse.