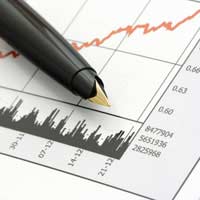 Personal Borrowing in the UK

Although Britain is in the middle of an economic depression this has not stopping lending or borrowing levels rising. Today, in the UK lenders will provide £175 million to borrowers, in just one day. Today, borrowers will pay £262 million in interest rates, in just one day. Unemployment in the UK is increasing by 1522 people each day and this figure is set to continue rising until the year 2010. These statistics alone should give a clue as to why Britain is facing debt levels on an unprecedented scale.

Credit Card Lending in the UK

Credit card interest rates are one of the major reasons for debt. Credit card borrowing in the UK has reached all time high records; the total amount in the UK stands at £238 billion, which is increasing daily. Around 24% of credit card users are still paying off credit card debts from the previous year’s Christmas. Estimates show that if a person repays only the minimum amount on their credit card balance it will take 30 years to clear.

Debt statistics in the UK are shocking and yet there is no significant deterioration in borrowing or lending. Here are a few statistics that may make you think twice before borrowing.

Home Repossession in the UK

Having your home repossessed is one of the ultimate consequences of being in severe debt. The amount of properties being repossessed has almost doubled in the UK in the last year. In six months in 2008 almost 20,000 UK homes were repossessed by mortgage lenders. Britain’s housing minister claims that the crisis is nowhere near the level felt in Britain during the 1990s. This will give little comfort to those who have faced or are facing home repossession.

Winners in the Debt Crisis

Debt Stress in the UK

Stress from debt is a huge problem in the UK and around 25% of people in debt are finding the stress too much to cope with. Doctors say that treatment for depression and anxiety due to debt are common. There have been reports in the media of debt stress leading to absenteeism from work, alcohol and drug dependency and in some cases, suicide.

Students are in for a reality check when they eventually leave college or university. The average student who graduates will usually find themselves with a debt of around £13,500. This figure looks set to increase to £20,000 for those now starting a three year university degree course. Around 60% of students claim that finances and debt are their main worries as opposed to finding employment when they leave university.

Britain’s buy now and pay later culture has been a time bomb waiting to explode. The personal consumer debt figure has now reached well over the £1 trillion mark. Over £1.4 billion bad debts have been written off by banks in the last 12 months. These debt statistics are shocking, but lending and borrowing in the UK seems to be on the increase, as does Britain’s personal debt figures.