Home > Staying Debt Free > Everyone Has Debts, Why Shouldn't I?

Everyone Has Debts, Why Shouldn't I? 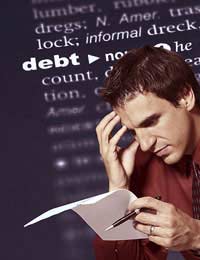 Having debt isn’t compulsory, and many people can live their lives quite happily without credit cards and loans. There really is no need to fall into the debt trap, and living without debts should be the norm not the exception.

Britain Drowning In Debt, the Statistics

The personal debt statistics for the UK paints quite a picture. The average household debt in the UK now stands at £57,915 and the Citizen’s Advice Bureau deals with 9,562 new debt problems every day. It seems that Brits are addicted to debt, with many people achieving high levels of debt from an early age. Students in the UK leave university with an average of £23,500 worth of debt, and credit cards can be obtained at the age of 18. With statistics such as these it is no surprise that someone is declared bankrupt or insolvent in the UK every 51 seconds.

Peer Pressure Can Lead to Debt

A new statistic that is causing concern is the fact that one in five young people get into debt to keep up with more affluent friends. The peer pressure factor combined with the ‘buy now pay later’ philosophy is causing young people to sink into debt at an early age. Rather than recognising the dangers of debt, some young people are simply diving in and borrowing as much as they can with little thought for the consequences. More and more young people are finding themselves with serious debt problems and poor credit records thanks to the culture of buying on credit.

Can You Live Without Debt?

Many people will claim that it is impossible to make your way through life without debt. In some cases debt may be the sensible option, such as mortgages versus renting. But there is a difference between sensible borrowing and simply borrowing for the sake of it. It may seem like everyone else manages to make debt work for them but the statistics show otherwise. Having a minimum amount of debt is a much wiser option to reckless borrowing and spending on high interest credit cards. In the long run, the person without credit cards and loans is saving money and building towards a less stressful financial life.

Reasons Not to Build Up Debts

Anyone who has suffered serious debt problems will be able to give a list of reasons against getting into debt. Reasons not to build unmanageable debts will include:

Debt related stress is a very real by-product of having serious debts. Debt stress can lead to constantly worrying about debts and can make every day a struggle. It can affect personal and work relationships and can lead to very serious mental and physical illnesses. Debt related stress will not be mentioned in the credit advertisements or in the credit contract’s small print. Having zero or manageable amounts of debt will mean having one less thing to worry about.

A debt free life can be achieved; it should simply take will power and good financial sense. Using facilities such as debit cards and even pre-paid credit cards is the way to stop paying interest to creditors. Consider the positive aspects of not being in debt, one of which will be an ability to exert financial control. Staying debt free means that facing a financially difficult period should be a lot easier if there is a sudden or prolonged drop in income. Take the view that those with zero or low debts are financially astute enough to forgo paying vast amounts of money in interest payments to creditors.

The choice between living a debt free life and coping with debts can significantly alter a person’s future and lifestyle. No one can be forced to amass vast amounts of debt; it is a matter of choice. Individuals do not usually follow the herd but show the way by example. The rewards of not following the seemingly easy credit route will be evident in the long run.