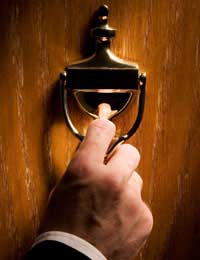 When Michael Daly, 45, lost his job due to the closure of a company he worked he could not longer afford payments to the one credit card he had. He contacted the credit company and made them aware of non payment until he had regained employment. Two months later Michael received a phone call from a debt collection agency informing them that they had been instructed to recover this debt. Michael’s debt had actually been bought by a debt collection agency and they were now trying to pursue this debt.

Michael informed the agency that he would not be able to honour this debt at present but would when he found employment. “The agency just wouldn’t accept this.” Said Michael. “They demanded that I paid at least £200 per month towards this debt. When I refused they lowered the amount to £100. I refused again and they started threatening legal proceedings and even mentioned bankruptcy.”

In the end Michael hung up on the debt collector but over the next few weeks was subjected to constant phone calls throughout the day. In one day alone the debt collection agency called Michael’s home 11 times.

Within two weeks Michael had been sent a letter from a legal office regarding his debt. The letter was written in a threatening manner and mentioned court proceedings and the possible outcomes including bankruptcy. “I decided to stop burying my head in the sand at this point and contacted a friend who worked at a debt advice centre.”

This was the first step towards stopping the debt collection harassment, and Michael was informed of some of the disreputable practices used by certain debt collection agencies.

Getting the Facts on Debt Collection Agencies

“I was completely unaware of how debt collection agencies worked,” said Michael. “My friend soon informed me of the many tactics used by these agencies to harass people into paying money.” The legal letter that had been sent to Michael was actually not from an official legal office. It was a well known tactic used by debt collection agencies to scare people into paying when threatened with legal proceedings. “I found out it’s the same company sending the legal letter. They simply change the heading, address and wording to make it look more legally official and threatening.”

Another fact Michael found out was that debt collection agencies buy debts at an extremely low cost. “I was informed that the £2000 debt that I owed had probably been purchased for around £300 or even as low as £120.” Debt agencies buy debts for around sixteen pence in the pound but they can be purchased for as low as six pence in the pound. They will then pursue debtors not for the amount that they purchased the debt for but for the full amount. This is how debt collection agencies make their profits and why they harass debtors until they pay.

After taking debt advice Michael contacted the debt collection agency. “I informed the agency that I was aware of my consumer rights and that if the phone calls continued I would report them to the Office of Fair Trading.” Michael also offered a very low monthly payment and informed the agency that if they did not accept then they were free to use court proceedings. “Once I had shown that I would not put up with their harassment and threatened to report them their attitude changed. They accepted the offer I made and that was the end of the matter.”

Debt collection harassment should never be tolerated and should always be reported to the Office of Fair Trading. The strongest asset towards beating debt collectors who practice harassment is for consumers to assert their rights. Debt collectors prey on the debtor’s lack of consumer rights awareness. Those in debt should always seek advice through debt help agencies such as the Citizens Advice Bureau or the Consumer Credit Counselling Service.