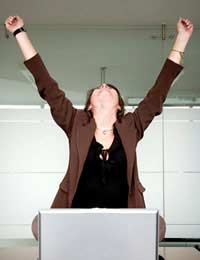 The recently introduced Debt Relief Order has been designed to help those who are struggling to maintain their debts. For those with debts of no more than £15,000 and very little income this could be a debt solution to consider.

Who is Eligible for a Debt Relief Order?

How Do I Apply for a Debt Relief Order?

A debt relief order works in much the same way as bankruptcy but the courts are not involved with the application process. A DRO is also less expensive than the bankruptcy process and the only fee involved is the £90 court fee. The insolvency service will make the ultimate judgement as to whether the application is approved or denied. Applicants should seek financial advice from an agency such as the Consumer Credit Counselling Service (CCCS). If a debtor is suitable for a DRO then the application process can begin.

How Does the Debt Relief Order Work?

If the application is approved by the insolvency service then a hold will be placed on all debts named in the DRO. This will mean the debtor is released from all debts for a set period of time, usually 12 months. This period is known as the moratorium period. Once the moratorium period has ended the debtor will then be discharged from any further liability for the debts included in the debt relief order.

So I Will Be Debt Free After 12 Months?

The basic idea is to relieve debtors from those debts included in the debt relief order. No payments will be made to the named creditors within the moratorium period, which could be more or less than 12 months. Once this period is up the debtor will be free from all debts named in the DRO but of course not from debts that could not be included in the order.

Will the Debt Relief Order Halt All Debts?

Will My Credit Rating Be Affected By a DRO?

Yes credit rating will be affected and this could have an impact on obtaining credit in the future. Debtors who are undergoing a debt relief order will be named on the Individual Insolvency Register. Any debtor who tries to break the restrictions applied by a DRO can face criminal prosecution. Those who do break these restrictions can also face an extended restriction period of up to 15 years as decided by the Official Receiver.

Will Someone Assist Me Throughout the DRO Process?

Yes an intermediary such as a trained debt advisor will provide assistance during the entire process including the application process. The intermediary will have been approved as competent by the government and will be expected to check information supplied by the debtor. Information that will be checked will include evidence of income, assets, and debts.

If I Have Been Made Bankrupt Can I Apply?

Can Creditors Still Pursue Me For Debts?

If the creditor has been named on the DRO then they cannot pursue the debtor for the debt. The only way a creditor can actually pursue a debtor is if the debtor breaks the restrictions placed on them through the debt relief order. This is also the case with other debt solutions such as Individual Voluntary Arrangements if the restrictions have been abused.

Pay Back Debts Quickly and Build Up Savings

FAQ: Can I Eliminate all Debts With Bankruptcy